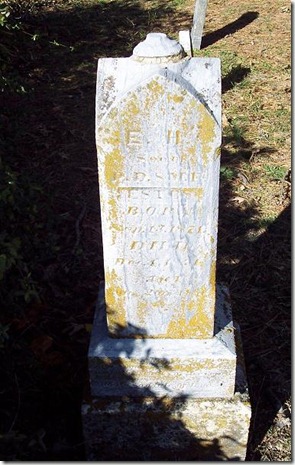 Hezekiah was born on 13 September 1871 in Missouri. He fell ill from typhoid fever, during the fall. During that same time two other siblings and both of his parents we ill with the same. On 29 October 1891 one of his younger brothers also died from typhoid fever. He died 1 December 1891 in his parents home in Marble Hill, Bollinger County, Missouri. He is buried at Lessley Ridge Cemetery, Huskey, Bollinger County, Missouri.

(photo located on “find a grave”)