We already know from the previous pieces of information that I've shared about Diana she attended camps. She was also a very involved student through her early years and that continues. She continued her time at Camp Wampineauk. During her time in middle school she also continued to be active in school while receiving honor recognition during this time. 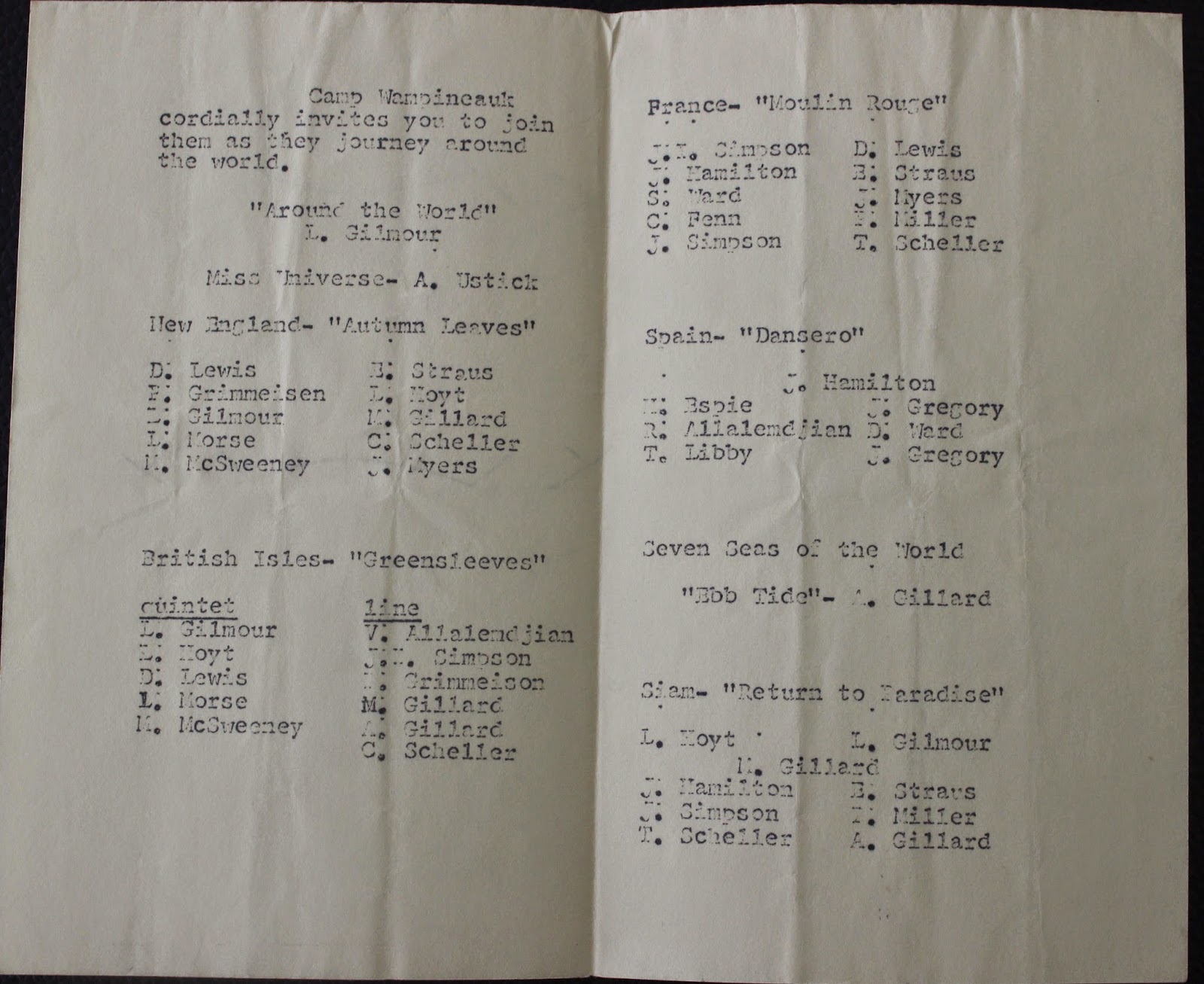 The annual eighth grade
award assembly was held last
Friday. Marhta Oakman and
Louis Flanders received the
citizenship Awards. This award
is presented by the P.S.A. for
outstanding service to the
school. The Art Awards are
given to one boy and one girl
who have done outstanding art
work during the year. Nick
Hardin and Susan Duell re-
ceived these awards. Similar
prizes were given to two seventh
graders on Tuesday. They were
awarded to Karen Grinnell and
Jeff Goodwin. Contest prizes
presented by the National So-
ciety for the Prevention of
cruelty to Animals for art
posters were awarded to Joan
Vogel and Susan Duell.
For outstanding contributions
to music the Music Department
presents a check each year to a
boy and girl in the eighth grade.
This year two girls, Susan
Miller and Karen Kemmler, and
one boy Louis Flanders won the
awards which were presented in
an assembly on Tuesday.
At the same assembly seventh
grade students were presented
prizes form the N.S.P.C.A. for
winning posters. They were,
first prize, Diana Lewis, Karlene
Grinnell, Karen Grinnell, Bonnie
Campbell, and Jean Pacheco.
Second prize, Joyce Harrington,
Christine Falco, and Diane
Strong. Third prize, Carol Hvos-
lef, Joyce Kent, Sally Gerlach,
and Jan Ford.

The posting following this I will share her years in high school and her involvement with "Order of Rainbow Girls" and her installation with the Eastern Slope Chapters. As I've always said I look forward to hearing your feedback.